Two juniors named Designated Scholars ﻿by the College Board

Two students were named Designated Scholars by the College Board. Hannah Y-T. ’23 was named a National Hispanic Scholar and Naomi W. '23 was named a National African American Scholar. The College Board, which administers the PSAT and SAT among its activities, recognizes academic excellence through its National Recognition Programs. Students selected for this prestigious honor can cite it on their college and scholarship applications. In turn, colleges use the listing of this honor as a way of identifying students from underrepresented groups—i.e., ethnic minorities and/or those who attend school in rural areas or small towns—who have excelled on their PSAT/NMSQT, PSAT 10, or AP Exams and in their classwork.
Show All News

Portraits of a Graduate 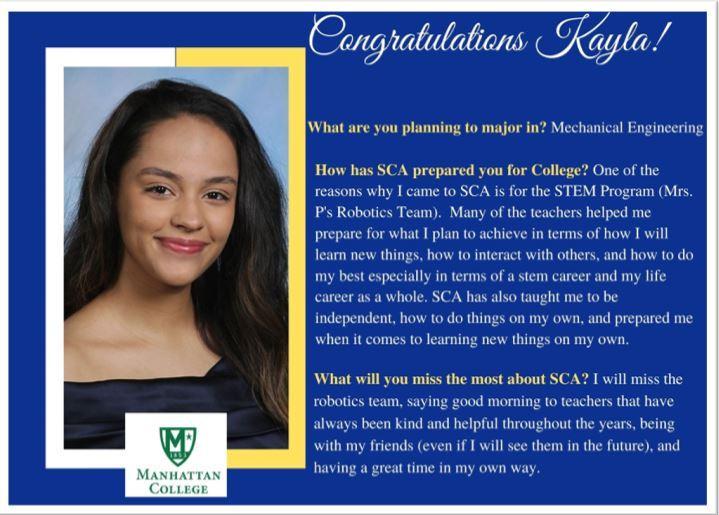 Portraits of a Graduate Show Testimonials